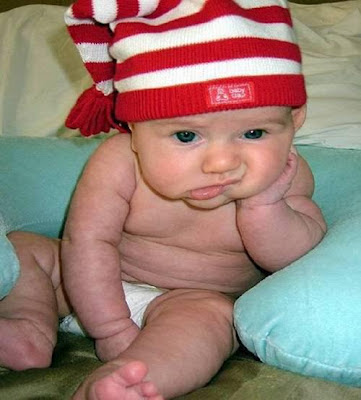 Especially for Kenfitlike
Posted by Mike Smith at 15:54 No comments:

The scene was set. Hearts had reached the William Hill Scottish Cup Final six days earlier after knocking out Celtic in a dramatic semi-final. And it was the 56th anniversary of Hearts1956 Scottish Cup winning team.

The highlights of the game are listed below. 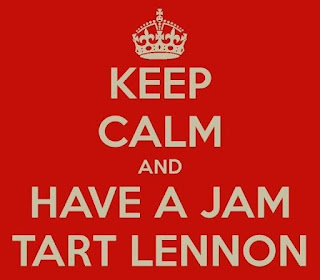 It will be an all Edinburgh William Hill Scottish Cup Final at Hampden on 19 May. Bring on the Hibees!
Posted by Mike Smith at 12:09 1 comment:

Fearless in the Face of Adversity 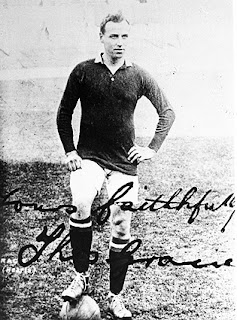 The recent news that former Celtic player and current Aston Villa captain Stilian Petrov had been diagnosed with leukaemia sent shock waves round football. Coming just a couple of weeks after Bolton defender Fabrice Muamba’s near death experience during a game against Tottenham Hotspur, it showed that not even famous footballers are immune from tragedy.


The most important battle of Stilian Petrov’s life brings to mind the story of a Hearts player from nearly a century ago. Glasgow born Tom Gracie began his senior football career at Airdrieonians before moving to Hamilton Academical, Arthurlie and Morton. He moved south of the border in 1911 and played for both Everton and Liverpool. However, his time at Anfield wasn’t a particularly successful one and he returned to Scotland in 1914 when Hearts spent the not inconsiderable sum of £400 for the services of the centre forward. Hearts began season 1914/15 with eight consecutive league victories and Gracie endeared himself to the Hearts support by scoring in a 2-0 win over reigning champions Celtic at Tynecastle in the opening game of the league season. The Maroons were labelled favourites for the league title but events more important than football would dictate otherwise. Gracie was Hearts leading goalscorer and a hero with the supporters. He and his team mates could have continued playing football as the sport was exempt from conscription to the services. However, Gracie and ten of his team mates decided their country’s need was greater and they enlisted for service to Sir George McCrae’s Battalion The 16th Royal Scots in November 1914. The story of this act of courage is told in Jack Alexander’s excellent book McCrae’s Battalion.


Gracie’s admirable commitment to his country meant, naturally, he would miss a number of games for Hearts - the football season continued much to the chagrin of many. Hearts would lose key games as the effect of the war effort on their players took its toll. Nonetheless, Gracie would end the season as the league’s joint top goalscorer with 29 goals. How much would a club pay for a player with such goalscoring prowess today?


Hearts missed the league title but for Tom Gracie, much more was at stake when the Glaswegian was diagnosed with leukaemia in March 1915. Despite the diagnosis, Gracie continued to serve his country and play for Hearts - which summed up the immense courage of the man. Eventually, fatigue took its toll and Gracie was admitted to hospital in Leeds before he returned to Scotland to be with his family. He died in October 1915 in Glasgow’s Stobhill Hospital.


Today, huge advances in medicine mean leukaemia is not the killer it once was. Stilian Petrov has vowed to fight his illness and every right thinking football fan offers their very best wishes to the Bulgarian and hope he makes a full recovery. It’s a chilling reminder, though, that illness and the threat to life itself can strike in the most unexpected places and to people who work incessantly on their fitness to try to be the best there is.


It was suggested that the immediate presence of the medical team at White Hart Lane was significant in saving Fabrice Muamba’s life. Stories that he had ‘died’ for over an hour were reported in the days that followed and while it remains doubtful if the Frenchman will ever play top class football again, his family are just grateful he is still alive and seemingly on the way to recovery. Other players in recent years haven’t been so fortunate. The sudden deaths of Rangers Davie Cooper in 1995 and Motherwell’s Phil O’Donnell in 2007 left Scottish football in a state of shock. Football players, of course, cannot be protected from life’s tragedies and when famous players are affected, the fans who idolise them share their anguish.


Stilian Petrov and Fabrice Muamba are aware of the support they have from fans of all clubs, not just those from Aston Villa and Bolton Wanderers. Just as a player from a century ago earned huge respect from a nation. Tom Gracie may have been from several generations ago but his brief and notable contribution to the proud history of Heart of Midlothian FC will never be forgotten. And neither will his courage and dedication to his country and club.

It has to be said it was something of a tedious game with both teams perhaps having forthcoming Scottish Cup semi-finals on their minds. The atmosphere, too, usually fervent for a clash with The Dons in Gorgie was somewhat muted. After a dull first 25 minutes, Australian Ryan McGowan - who had a fine afternoon - headed home Hearts opening goal from a Danny Grainger corner kick. Although Aberdeen came forward on numerous occasions in the first half, home keeper Jamie MacDonald could have sat next to me in the Wheatfield Stand for all he had to do.

The game was livened up considerably eight minutes into the second half when Skacel collected the ball midway inside the Aberdeen half, took a couple of steps forward before crashing home a magnificent left foot shot from 25 yards that soared away from visiting keeper Brown to double Hearts lead. It was one of the best goals seen at Tynecastle for some time and typical of the man the fans adore.

Skacel had a chance to score again soon after but was denied by what appeared to be the arm of an Aberdeen defender in the penalty box - but no penalty said referee Willie Collum. With minutes to go, Aberdeen's Scott Vernon missed a glorious chance to make a game of it when he hooked a pass from Hughes high into the Roseburn Stand, to the despair of the visiting support whose anguish increased moments later when that man Skacel controlled Darren Barr's pass superbly before rifling the ball past Brown to complete the scoring at 3-0 to the home side.

Curiously, Hearts have played better and lost but there was no denying the quality of Rudi Skacel's goals. Getting the man 'who scores when he wants' to sign on again for next season has to be a priority. Aberdeen manager Craig Brown came out with a curious statement after the game when he said his keeper didn't have a save to make all afternoon. Perhaps if he had made three his side would have gained a point...

Top man: tempting though it is to say Rudi Skacel, for me it was Ryan McGowan, whose determination shone through.
Posted by Mike Smith at 13:06 1 comment: