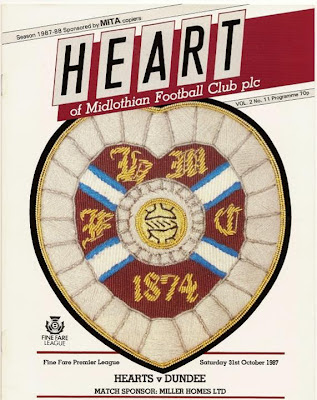 This weekend sees the visit of a team who haven’t been to Gorgie since season 2004/05. Dundee take to the Tynecastle pitch on Sunday, having taken the place of Rangers in the Clydesdale Bank SPL. However, for Hearts supporters of a certain vintage, the name Dundee still invokes painful memories from more than 26 years ago.


When the final day of the league season arrived on 3 May 1986, Hearts were two points clear at the top of the table. The only team who could catch them were Celtic - but even then, Hearts were four goals to the good on goal difference. Hearts needed just a draw, a single point from their final game at Dundee. Celtic needed a goals avalanche at St. Mirren - and hope Hearts would lose their first competitive game in eight months. I won’t dwell on what happened - more than a quarter of a century on, it’s still painful to write about. Suffice to say Hearts lost 2-0 at Dens Park - Dundee substitute Albert Kidd writing his name into Scottish football folklore by scoring his first - and second - goals of the season in the final eight minutes at Dens Park. At the same time, Celtic were cruising to a 5-0 win at St. Mirren Park - and thereby snatched the league title from the under the noses of the despairing Hearts players.


For those of us who were at Dens Park that fateful May afternoon it’s easy to associate Dundee with failure from a Hearts perspective. Particularly when you consider that even further back in the mists of time - 1965 - Hearts charge to the league championship was caused significant damage when Dundee visited Tynecastle in February 1965 and inflicted a 7-1 thrashing to the Maroons. The more mature Hearts supporter won’t need reminding that Hearts also lost the league title on the last day of that season, by 0.04 of a goal on goal average, to Kilmarnock. While Killie won the last game of the season 2-0 at Tynecastle, the damage caused by the thrashing by the Dees was significant.


However difficult it might be, I prefer to associate the Dark Blues with more positive times for Hearts (a rare show of optimism, I kmow) Eighteen months after that day at Dens Park, Hearts entertained the Dark Blues at Tynecastle. On calm, Halloween afternoon in 1987, Hearts seemed to release their pent-up frustration and produced a display that, in my view, remains one of the best I have seen in over 40 years of following the Hearts. This was a time when many teams still played not one, not two but three players up front. Hearts had a diminutive forward line in John Robertson, John Colquhoun and Wayne Foster - and those three players destroyed Dundee in a magical first half that took the breath away. Hearts were 3-0 ahead at half time thanks to two goals from John Robertson and one from John Colquhoun. In fact, Robbo should have had a first half hat-trick but the wee man missed a penalty kick - a rare occurrence for Hearts legendary striker. Hearts display in that first half was mesmerising. The pace of Colquhoun and Wayne Foster down the flanks was too much for the Dundee defence and Hearts looked like scoring every time they went forward - which was incessant in that first 45 minutes. In midfield, Kenny Black had one of his finest games in a maroon shirt and this enabled Gary Mackay to display his array of passing skills - the man who would score for Scotland against Bulgaria ten days later was a magnificent reader of the game and his defence splitting passes had the visitors literally on the run.


Hearts eased off slightly in the second half - it would have been nigh impossible to match that superb first half display - and won 4-2. However, it had been a joy to watch the maroons that afternoon. Many of the more mature Hearts support likened Hearts performance to that of the team of the halcyon days of the 1950s when the Gorgie boys dominated Scottish football. That period was before my time (honestly!) but I could understand the comparison. Even a certain journalist by the name of Jim Traynor opined in The Herald that, on their first half display, there was not a team in the country that could stop Hearts winning the league championship.


Those of us who stood motionless and crestfallen on the terraces of Dens Park in May 1986 will never forget that day. Three Scottish Cup wins since may have helped the mental scars heal although they’ll never fade completely. However, a similar display from Hearts on Sunday to the one against Dundee in October 1987 would be the ideal way to welcome Dundee back to Tynecastle. 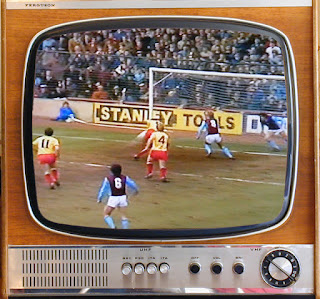 About a month ago, I got up one Sunday morning to cook a bit of breakfast. I opted for the healthy Scottish selection - black pudding, bacon and sliced sausage - and while those wonderful delicacies sizzled under the grill, I switched on the television for some early morning viewing. I tuned into ITV4 where the pre 9.00am offering was The Big Match, a re-run of a football highlights programme from 1983. Of course, July is usually the time of the year when football withdrawal symptoms kick in (see what I did there) While pre-season games are okay in their own right, the lack of competitive games has one yearning for the days of thrashing your city rivals in a cup final at Hampden and partying all weekend. Now this may say something about my age (having reached the half century earlier this year) and my levels of sadness but I found watching The Big Match from nearly 30 years ago rather fascinating.

Yes, it was English football (I suspect ITV4 didn’t think showing a re-run of Scotsport’s Arthur Montford waxing lyrical about Morton versus St. Mirren would entice many viewers outside Renfrewshire out of their beds on a Sunday morning) but it was football nonetheless. I missed the opening part of the programme - there was a danger of my black pudding burning to a cinder - but caught the highlights of Watford against Aston Villa at Vicarage Road. In these days of television cameras nearly outnumbering spectators at some games, it’s easy to forget how different things were three decades ago. For starters, neither Watford nor Aston Villa had sponsor’s names on their shirts. About half the crowd, a healthy sized one at that, were standing on an open terracing and many of those who were under cover were also standing. However, this was a time before the tragic events of Heysell, Bradford and Hillsborough and the subsequent tragic loss of lives at these venues. As Hearts supporters of my generation will tell you, many a happy Saturday afternoon was spent standing on the terracing at Tynecastle, the more sensitive among us opting to stand under the Shed when it rained, as it often did. Prior to safety being the number one priority at football grounds, we thought nothing of it. The fans at Vicarage Road in 1983 certainly thought nothing of it as The Hornets and The Villa served up a rip-roaring game, which the home side won 2-1 with a late goal.

The Big Match programme ended with a summary of other games from a young presenter called Jim Rosenthal with a hairstyle that was pure Alan Partridge. We saw the goals from Leicester City against Wolves and an even younger Gary Lineker toe poking a typical effort into the net from about eight yards out. And the word Walkers was nowhere to be found at Filbert Street…

1983 was the year Hearts returned to the Premier Division after two seasons ‘downstairs’. The second half of season 1982/83 saw the emergence of the teenage John Robertson as a first team regular and while he was scoring goals for fun in the First Division, there were those who questioned whether the wee man could prove as effective in the top flight. This was answered in spectacular fashion on the first Saturday of September when ‘Robbo’ scored two goals against Hibernian in his Edinburgh derby debut - the first of which was one of the best goals I’ve ever seen and one which the wee fella still says today was one of his best in a long career.

While The Big Match highlights programme down south was showing games largely free of shirt advertising, in 1983 Hearts were blazing a trail and were one of the first clubs in the UK to have shirt sponsors. When Robbo scored his two goals against Edinburgh’s other team on that memorable afternoon, he had the name Alexanders emblazoned on his shirt. Traditionalists may have tut-tutted but Chairman Wallace Mercer was very much a man ahead of his time and any way of getting revenue into the club was generally welcomed. A few years later, Mercer knew the impact the advent of satellite television would have on the game although I’m not sure if even the man they called the Great Waldo realised just how much.

That’s why it’s quaint to look back at a time when teams with shirt sponsors were still a novelty, when you could leave the Tynecastle Arms at ten to three and still be able to take your place on the terracing in plenty of time for kick off and Jim Rosenthal had an impressive head of hair (and wasn’t reduced to standing on the touchline for a pre-season friendly at Southampton for Channel Five)
Incidentally, Hearts won that Edinburgh derby in 1983 - Robbo’s double helping secure a 3-2 win at Tynecastle. In the 29 years that have elapsed, it’s fair to say Hearts have enjoyed the Edinburgh derby several times since - particularly when it’s played in Glasgow!

Less than 24 hours since the draw and I've already had three Liverpool fans ask me if I can get them a ticket... 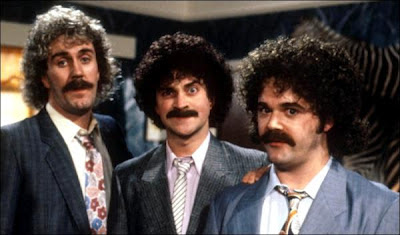