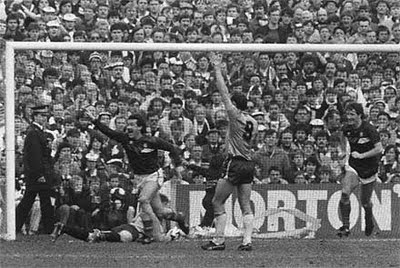 It’s less than a year now until I reach my half-century. I’m at the stage in life where time seems to race ahead at an alarming rate. My children have now grown up and one of them has three children of her own; it barely seems five minutes since Laura was a babe in arms herself. I will be helping her celebrate her 25th birthday on 17th May - a fortnight after Hearts supporters of my generation will be marking the 25th anniversary of an event the vast majority of us have, ironically, tried to obliterate from our minds for a quarter of a century.